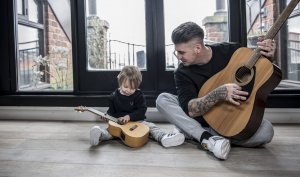 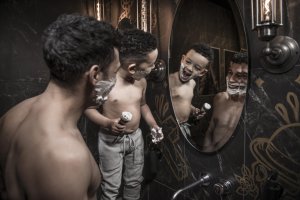 To what extent is the behaviour you display a hard-wired projection of your genetics, or instead, a reflection of the experiences you’ve faced? More importantly, which holds a greater influence upon the behaviours of your children?

For our children, at least up until the teenage years, what dad does is gospel. My dad still proudly recites the anecdote of my brother asking for an ‘M’ haircut in the barbers in a bid to replicate the receding hairline of his father and role model. Whilst the hairdresser thought better of it, this shows a key dynamic of the relationship: after observing their parents, children will look to replicate their actions – and even appearance – as it is what they see as right.

That goes for actions that parents may or may not be proud of. It isn’t the child’s responsibility, or often within their capability, to judge right from wrong. Forming their own opinions takes time, and forming opinions that counter that of their parents even longer. The moment of temper loss on the school run can give a longer-lasting lesson on how to deal with adversity, a lesson none of us would intentionally teach.

This isn’t a patronising ‘how to be a better parent’ guide, but instead some food for thought on where we can all make sure we’re teaching the right lessons each day.

Listening
Something we can all be guilty of on occasion is asking a question out of habit and routine, rather than to listen to what somebody has to say. Returning to the values of old, sitting around the table together and listening to each other’s day, rather than listening between phone checks and glances away from the TV, sets an example of the importance of listening to others.

Speaking
A topic which has come to light more of late is encouraging children to speak about their feelings. In past generations, there was something of a stigma attached to boys in particular being upset and talking their problems through, with ‘manning up’ being the preferred option. Bottling up emotions isn’t good for anybody, and we’d all hate for our children to think they are alone when facing a problem. As well as actively talking to your children about possible issues, it’s important to practice what you preach. By showing in your own situations that being upset is normal, okay, and better dealt with together, you’ll help your child fall into good habits.

Apologising
We all preach to our children about admitting mistakes and saying sorry, but how often do you try to rationalise your own personal errors rather than holding your hands up? Doing this, particularly in instances involving your kids, will show that everyone makes mistakes, and that the error itself becomes much less of an issue if you’re willing to admit fault.

Resolving Conflict
When household squabbles occur, perhaps between yourself and your partner, onlooking children are taking mental note of how to act in circumstances where sides disagree. It’s easy to become petty, argumentative and even allow your temper to fray, but it’s then unfair to expect any better from your kids when you’re challenging or disciplining them.

Nature only goes so far, it’s nurture that will allow for our cubs to get where they want to go and reach their potential. After all, small boys become big men through the influence of big men who care about small boys.

Setting the right example taps into the MANCUB identity; style is a key lesson to be taught. Remember: family is heritage, style inherited.